I am fascinated by things aged, of artifacts from the hand of man, that have passed through the hands of successive generations, that reveal time and make it tangible.
Acoma exemplifies this.

The origins of Acoma Pueblo are lost in time; indeed one way of translating Acoma is 'The place that always was'.  It is probably around 1000 years old and one of the oldest continuously inhabited villages on the North American continent. Much like the from-time-immemorial hilltop towns of rural Italy, it was a fortified village atop a mesa, virtually unconquerable.  According to legend, its people once lived on an even taller and sheerer nearby mesa until many were killed in lightning storm of mythic scale.  But the village did fall to the conquistadors in 1599 and was sacked with horrifying brutality.  Its history is told here. Its age sings in the buildings, which are passed down through generations through a matriarchal inheritance.

I first came to Acoma Pueblo shortly after college when I was looking at graduate schools for an MFA in photography.  One of the early programs was at the University of New Mexico in Albuquerque; Acoma was just an hour away.  I brought my 5x7 View Camera.  There was then no reception center and precious little in the way of tours.  There was no one around....like a Caribbean island, most of the inhabitants live elsewhere, in more modern homes in the valley; there is nowhere neat enough room for them all atop the mesa.  They keep a traditional presence there... and so I set up my view camera and took a few pictures, including this one of the church.  Then someone turned up, told us the Pueblo was closed, and we left.  This image was scanned from a palladium contact print made from a 5"x7" Plus-X negative.

But I never forgot it and, when visiting the Southwest in 2011, jumped at the chance to revisit it.  This time we took a tour and saw substantial parts of the Pueblo.

This image was taken with the Canon 5DMkII and converted to black and white using Nik Super Efex software.

Ansel Adams said of New Mexico that it was his Paris.  Much as a writer of that period might go on pilgramage to Paris, Adams soaked up the lanscape of the Southwest and was imprinted by its fierce, sparse energy and rigor.  If you have the sensibility, it can be electrifying, something like being in the presence of the Burning Bush and having God light your soul.
So it is that I have Bellini's St. Francis in Ecstacy at the bottom of my web page.

And I have found no other place that speaks to my vision like Acoma.  Here is the essence of enduring life, of creating a life out of one the sparest imaginable essentials.

Photographing there reduces me to babbling.  Imagine.  A window made not of glass but a 9" square chunk of raw fissured translucent quartz.  Where did someone find it, how long before the appearance of the white man and window glass, must it have been put in place?  Here with an aluminum downspout available from your local building supply!

A few more images..the view past a home to the valley beyond. 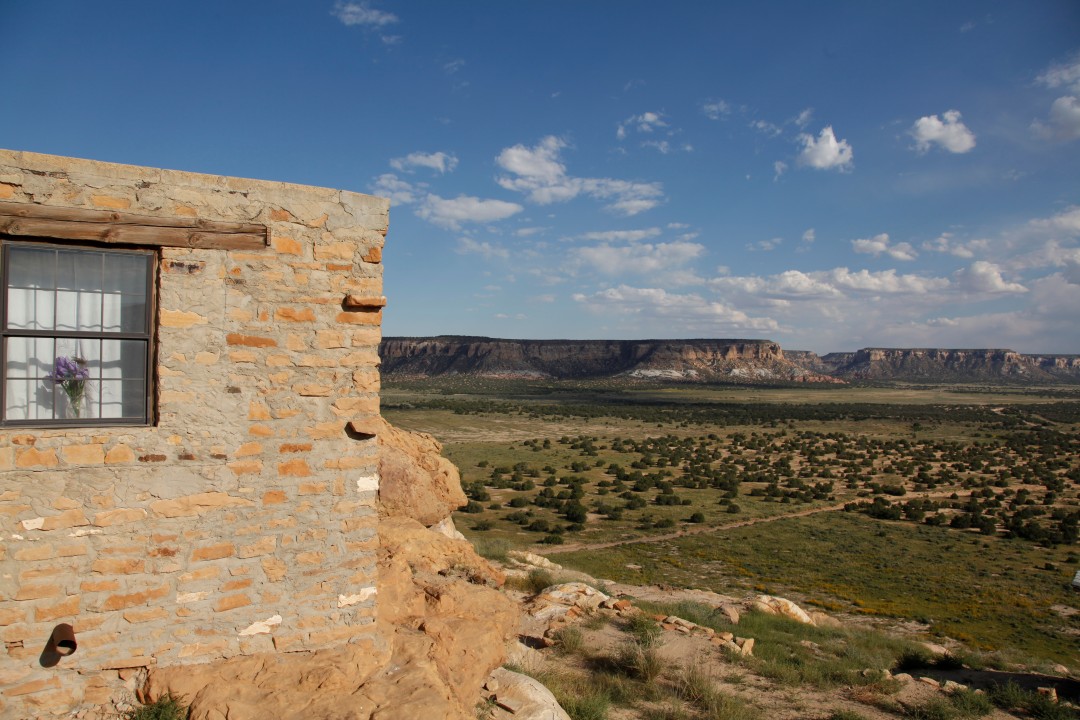 The spare rigor of the imagery!

In the midst of an arid land, there were pools atop the mesa...
The stones by the door, we were told, help to hold the doors closed in the wind....and signify that the family is away. 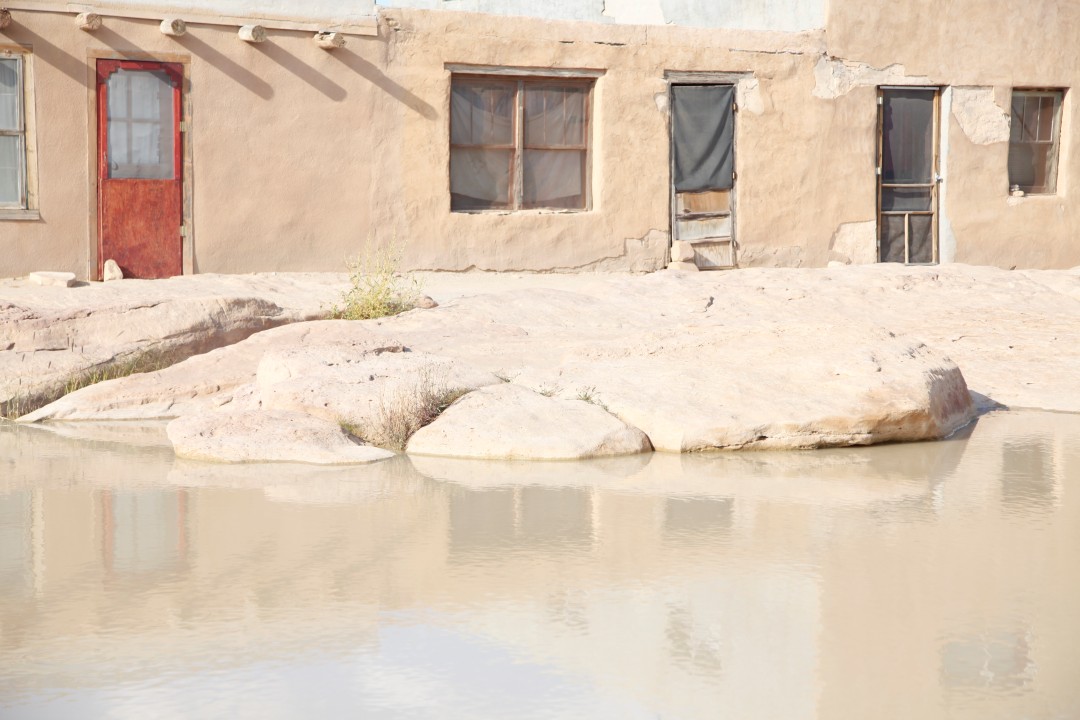 I could have spent a month there and I desperately wanted a large format camera to really do Acoma justice.  I have a lot more images just from a few hours there, and these have not been tuned or manipulated in any way.